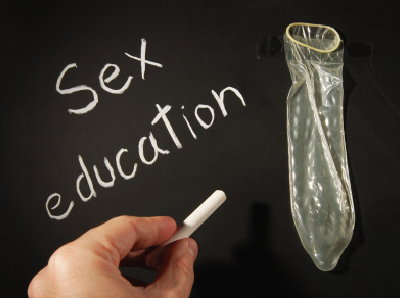 The Boston School Committee is voting on whether or not it will expand its already active program of dispensing free condoms to all 32 schools in its system.  Already available in 19 high schools with on-campus health centers, students at Boston public high schools may be able to receive free condoms if they sit through a brief consultation on safe sex.

The free condoms program is presently available in several school districts throughout New York and Los Angeles.  Boston is looking to broaden the program across all of their public schools.  Proposed as part of the wellness initiative that includes a larger emphasis on sex education, better nutrition, and more physical activity for students, the initiative of free condoms has very little, if any opposition.  The program does not cost the school district any additional funds as the condoms are donated by various health agencies and parents are given the right to exempt their kids from the program.

Nonetheless, is this the best option to teach 14-18 year old preadolescent and hormone-raging kids about sex education?  Each kids’ comprehension and development ranges and varies from child to child and their ability to comprehend and process such information is only complicated more by their peers and their lack of formative life experiences.  Not to mention, their curiosity already trumps their willingness to rationalize and understand the enormous responsibility and emotional roller coaster that comes with sex.

Sex is not a new subject, nor will it ever go away, but it absolutely needs to be dealt with in proper context.  Is a 5-10 minute consultation the right context for a fidgety, disinterested teen?  This is not a college campus where there is a larger mixture of 20 somethings who hopefully will make wiser decisions for themselves and their partners and who also had an opportunity to develop mentally and emotionally on a higher level.  Furthermore, at the college level, it is adult-aged individuals theoretically making adult decisions with a certain level of understanding about the repercussions of their actions.  In high school, they have no idea of who they are, let alone the consequences of their actions.

Is the initiative more about protection or is it giving unfiltered permission?   According to the Center for Disease Control and Prevention, teen pregnancy has declined since 2010, yet still 820,000 teens still become pregnant every year in the U.S.  An alarming rate, especially when it affects teenage girls between the ages of 15-19 years old.  The number of teenage pregnancies and pervasiveness of teen sex is shocking and appalling.  Helping pregnant teens costs the economy roughly $7 billion per year, 1/3 of all teenage mothers finish high school, and about 22% of girls born to teen mothers repeat the cycle.  These are compelling reasons to try to combat the dilemma, but is it really a solution?

Would it not be better-suited to educate teenagers on the ramifications and responsibilities associated with having sex?  And not the watered-down, lollipop version, but a truthful, impactful teaching that demonstrates to each of them what sex encompasses.  Teaching them that sex will forever change their psych and their bodies; sex remains with you emotionally and physically forever and every encounter leaves a mark, one way or another; not only can you contract STDs from sex, but you can die!  Sex can be one of the most magnificent exchanges between two consenting participants when shared under the right circumstances and that too needs to be taught.  Sex was once taboo, shielded from undeveloped minds and those incapable of handling the enormity of a soul tie.  Now it is carte blanche, a free-for-all, and not only are teens not aware of the magnitude of giving their most prized possession, they see it as game.  Little do they know how much they are gambling with their lives.

I know the schools are doing all they can to prevent teen pregnancy and seemingly have decided if they can’t prevent them from having sex, the next best thing to do is to protect those who are engaging in sexual activity.  I would submit, make it less tolerant and acceptable to be a teenager having sex, more deterrents against becoming a teenage mother, and truly implement initiatives that teach about all facets of sex, including abstinence.

What are your thoughts about high schools handing out condoms?  Do you think the schools are promoting protection or permission?  Would you want your teenager to attend a school where they could receive condoms?  Send your comments and thoughts to BrotherWord and let’s figure out a way to best help our teens learn about sex.