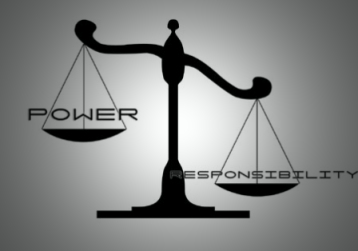 The following material contains mature subject matter and may not be suitable for all audiences.

Editorial:  There has been a recent rash of horrifying incidents in which so-called leaders have used their misguided power and influence to manipulate, exploit, and tragically, kill the very members who look up to them, follow them, and depend on them to better their lives.  What makes this situation perverse and sickening is that these horrendous acts were done in the name of religion.

In New Hartford, NY at Word of Life Christian Church, 6 members assaulted two teenage brothers causing injuries so severe, one of the teenagers later succumbed to his injuries and died.  To complicate and make matters worse, two of the individuals who assaulted the teenagers were their parents.  To make it worse, the rationale and reason for assaulting the teenagers was to beat sin out of him.  How absurd!  I am a believer in if you spare the rod, you spoil the child, but by no stretch of the imagination does it infer or imply to beat, assault, maim, or cause bodily harm, and it certainly does not say kill.  What happens when individuals take scripture, biblical doctrine, and religious practices in their own hands?  Inevitably, people are hurt and damaged.  Most times the damage is of a spiritual, emotional, or mental nature, but there are those occasions when it goes so far, physical damage occurs.  Are not our appointed and elected leaders not suppose to protect us, guide us to a better life, steer us in a way that prospers us and not harms?  Are they not supposed to be anointed with the mettle to handle the responsibility that comes with the power?

In Brazil, a pastor convinced his congregation that his sperm was “sacred/holy milk” and had the women of the congregation perform oral sex claiming this was the only way he could evangelize and the only way they could receive God!  A travesty and perversion of religion is an understatement and I am happy to report this blasphemous so-called pastor has been arrested.  What is equally alarming is all those that willingly and blindly participated.  It is one thing to follow the leader of the house and abide by their philosophies and rhetoric, but every individual has to have a personal relationship with whomever they worship to and to know for themselves what is reasonable and acceptable and what is not tolerable.  How do you become so engulfed in man that you haphazardly follow to your own destruction and moral demise?  At one point do you determine for yourself that certain actions are not of God and would not be ordained by God and as such, will not be accepted.

With the upcoming elections, one mega-church pastor has declared that voters need to use a “religious litmus” to determine who to elect.  I am not naive to ever think that religious affiliation does not play a role in elections, but at what point does a person’s religious preference become the sole basis on whether or not they could effectively perform the duties of office?  Furthermore, it is my understanding that all are welcomed and invited into the “church” and if it the “church” is of the practice that no one is turned away and we are all equal under God’s eye, why are certain sects now trying to use religion to cause separatism and dissension?  A person’s personal belief is just that, personal.  Not to be utilized against them.  There is a thing called discrimination.  When did it stop applying or does it only apply when certain people choose to apply it?

Many have died because of their beliefs.  A free choice and they chose to stand up for what they believed and practiced.  But many have been led astray, misguided, and duped all under the guise of religion.  Sure, each one of these individuals bears some responsibility, but when you entrust someone who has proclaimed to be led to lead others and bestow on them the wonders of having a relationship with whomever it may be they worship, how do you fault someone for having hope, belief, and trust?  We must all learn for ourselves and develop person relationships and we have to be conscious and alert to anything that is not proper or seems off.  Whatever religious doctrine you practice, make sure you know what it is for yourself and also learn to discern what is not right.  And for those that continue to pervert your power and use it for evil and self gain, please know there will come a day of reckoning!