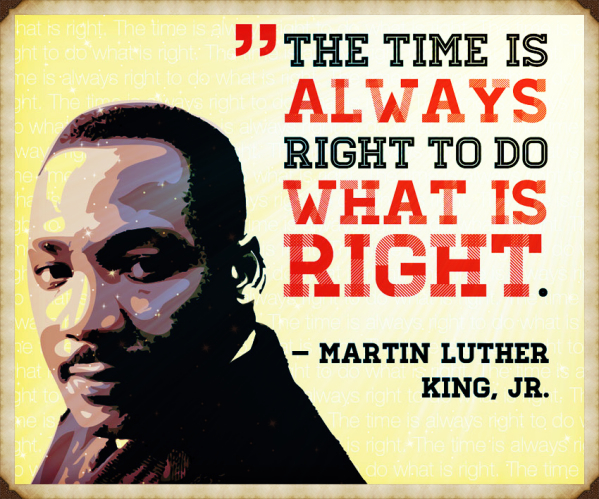 In a world where people are quick to turn a blind eye and are reluctant to help others out of fear of being sued for their good samaritan efforts, when does doing the right thing become so wrong?  On the heels of celebrating the life and legacy of Martin Luther King, Jr., who courageously championed doing right no matter the consequences, how can anyone justify a 12 year old child for stepping up in a moment of crisis to save her friend?

That is the dilemma Indiyah Rush, an honor roll student at Schrade Middle School in Garland, TX is facing.  Indiyah, having suffered with asthma since the age of five, immediately recognized her friend wheezing, gasping for air, and on the verge of an attack herself, and offered her friend, Alexis Kyle, her inhaler.  An inhaler!  Young Alexis, by all accounts, was gasping for air and in distress and Indiyah helped her friend and is quoted as saying, “I was only trying to save her life.”  And for this, both ladies were suspended and are now facing a month in an alternative school for their actions.

It’s ludicrous to even deem her heroic effort as “actions,” as if she masterminded some vicious plot to harm her fellow students or as if she was peddling illegal substances, such as how the school system labeled the inhaler citing “30 days at an alternative school is an initial automatic punishment for sharing a controlled substance including prescription drugs such as an inhaler.”

Labeled as a “perpetrator,” Rush has now gone from an honor roll student, playing club volleyball, to another statistic paraded in front of a judicial board with unilateral, arbitrary rules that are not pertinent.  We teach our kids and young adults to step up in challenging situations, to be the solution and not the problem, and when an opportunity presents itself to choose right versus wrong, to always choose right!  And yet, we punish them for doing the very thing we hope any adult, let alone a child, would do in a dire situation?  Please tell me in what rational, sane world is this the right course?

Or is that the problem?  Has society become so jaded, so cynical, so warped that we no longer can recognize what is right and just.  Life has become so twisted that many states have went as far as to implement a “Good Samaritan Law” and in Texas it reads as such: “If you voluntarily attempt to help someone who is in an urgent situation as a result of an accident or other emergency, then you are protected from any liability for damages that may result from your care.”  A spokesman for Garland ISD justified their decision with a the following statement. “It’s a prescription and one student’s severity with asthma may not mirror that of the girl who let the other borrow her’s and that could have resulted in some pretty significant issues.”  But if the state has laws intact to protect citizens who do right, cannot a school system in the same jurisdiction recognize that even in a novice attempt, this CHILD simply did what she thought was best, again, “only trying to save her life.”

As Monique Rush, Indiyah’s mother articulated, “I mean they punished her twice.  They suspended her on top of sending her to alternative school.  I mean, how could you do a kid like that?”  Aside from being excessive, is it really applicable?  Understandably, rules are rules and are in place to handle common or routine issues, regulate and apply the law, and hold the masses accountable.  This is far from common and is atypical. These kids were not recklessly using illegal or prescription drugs for recreational purposes.  At what point do the facts come into consideration, the alleged perpetrators track record be taken into account, and the incident be judged for its entirety and what actually transpired and not by antiquated rules.

To complicate things further, you are now proposing to send two seemingly well-behaved students, who from all indications have not been problematic, to an alternative school specifically designed for those that have chose not to make the right choice.  Is that the message we are trying to teach our kids?  Is it right to expose them to an alternative school that is designed to rehabilitate wayward youth as opposed to allowing them to continue in an environment they are currently thriving in?  Are we teaching young America to be leery of doing right, because even in doing right, you can be deemed wrong and punished for it?

America, wake up!  The only way we will continue to thrive as a country, as human beings, is to support one another, treat each other as we would want to be treated, and to continue to choose right over easy.  President Barack Obama poignantly proclaimed at the State Of the Union, “The future we want — opportunity and security for our families, a rising standard of living, and a sustainable, peaceful planet for our kids — all that is within our reach.  But it will only happen if we work together.”  It is time to work together and if these children are our future, let’s teach them what is right, encourage to them to do right, support them when they do right, and applaud them for choosing what is right!

“In the simple moral maxim the Marine Corps teaches — do the right thing, for the right reason — no exception exists that says: unless there’s criticism or risk. Damn the consequences.”  ~ John Rushing