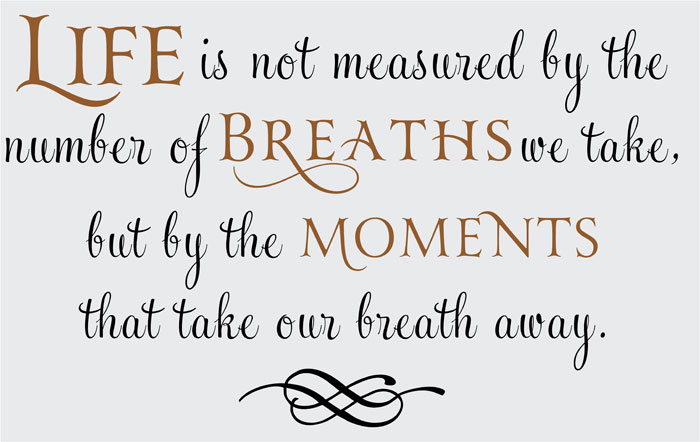 Life is full of mysteries and wonders, many of which cannot be explained and some, no matter how hard you may try, are beyond understanding and comprehension.  And then there are the rare miracles, God’s treats and marvelous anomalies that no matter how bewildering to the mind, are amazing and spectacular nonetheless.  It may be a rainbow in the middle of a storm, the birth of a child, or the dawning of a new day.  These miracles, huge or small, still happen daily and unlike biblical times and such phenomenons as the parting of the red sea, they may not be as recognizable, but when they happen, you will still feel the effect.  One miracle many saw and a lucky few were able to witness and experience up close and personal has been Khyrstin “Kyssi” Andrews.

God places people in our lives for a reason and a season and the reason may not manifest until after the season has passed.  Not Kyssi!  Her reason was obvious from the very moment she entered the room.  I remember the first time we met, her smile as bright as the morning sun, her personality as bubbly as, well as a 4 year old full of life and joy, and her demeanor brimming with sass and spunk.  We instantly hit it off!  If it was not for her beautifully bald head, no one would have been any wiser that this walking miracle was battling daily to survive.  She definitely did not give it a second thought or let it dampen her day or waste anytime wallowing.  She lived life and brought life to any she encountered and wherever she went.  She was the center of attraction, not because of her appearance or people taking pity on her, but because she was the center of light that illuminated the room and brightened the lives of each and every person she came across.  Baby girl was the epitome of that moment that took your breath away.

#KyssiStrong had nothing to do with her battle against cancer but everything to do with the manner in which she attacked life, living to the fullest, making the most of everyday, and showing the world that the only thing that can stop you is yourself!  We quickly became friends from day one and I can say without hesitation that I was excited every time I knew I would see her.  I would look forward to it, anticipate her being sassy and bossing me around, me being a chump for her and letting her do whatever she wanted and get away with more than most, and ultimately the hug only she could offer.  At the tender age of five, she brought more into my world than I could ever bring into hers and made me and many others put life in perspective.

Over the course of the next few months, her condition and health worsened, but not once did her spirit decline.  I watched Kyssi stand up in the face of fear and conquer it and also showed her mother, Marla, there is nothing to be afraid of and no need for worry.  Marla has proclaimed since the birth of Kyssi’s birth that she is God’s child and as parent it was her duty to be the best caregiver possible and God will handle the rest.  Too young to be tainted by the world, still early enough in life to believe in hope beyond hope, and courageous enough to know that anything you so desire, if aligned with God’s will, can happen, my friend faced life head first, forged ahead despite everyone else’s doubt, and did it all with a smile.  Good or bad days, she remained the same – faithful to the very end.

On June 7, 2015, Khyrstin “Kyssi” Andrews received her rightful reward, was given rest and reprieve from her fight with Wilm’s tumor cancer, and was adorned with her wings.  No more suffering, no more pain, just peace to be a kid, to play, to laugh, and to give wonderful hugs.  My friend has transcended, but before she did she taught me and so many so much.  She taught us that the only disease that can tear you down is the mindset of defeat. She taught us that no matter how dire the situation, it is not what you are going through, but how you go through it.  She reminded us that whatever you think is so horrible in your life, there is someone else out there suffering a lot worse.  She displayed an air of dignity, confidence, and fortitude that nothing or no one could shake.  She rocked a style of her own, fashionista and trendsetter rolled into one.  She became the face and voice of millions, showing her peers and those ten times her age that cancer was just a word, not a a final destination.  She kicked cancer’s butt!  Not the other way around.  Cancer did not steal her joy, did not take away from her happiness, did not prohibit her from living life.  And for those that may argue that cancer indeed stole her life or cut it short, I challenge you to realize Kyssi fulfilled her purpose and as such she beat cancer and was rewarded for a job well done.

My friend taught me the true definition of bravery and reminded me of a child’s innocence and infinite optimism.  A giant amongst men, an example for the hopeless, and a pillar for those weak and in despair.  Kyssi has set the bar for us all to follow and has made it very clear that the only thing that can ever defeat us is when we choose to stop living, to stop fighting, and stop hoping,  Cancer did not beat her, so why should we allow the world to beat us!  Rest in peace Kyssi and thank you for being a miracle in my life and another reason to live on purpose.  I love you and I will never forget the moment you took my breath away.

“When someone you love becomes a memory, the memory becomes a treasure.”

That’s why we live with such good cheer. You won’t see us drooping our heads or dragging our feet! Cramped conditions here don’t get us down. They only remind us of the spacious living conditions ahead. It’s what we trust in but don’t yet see that keeps us going. Do you suppose a few ruts in the road or rocks in the path are going to stop us? When the time comes, we’ll be plenty ready to exchange exile for homecoming.