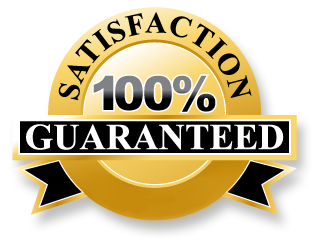 When did self-satisfaction become paramount over self-dignity, self-respect, and the sanctity of marriage and relationships?  USA Network’s new show Satisfaction depicts the story a married couple who have become complacent and distant in their marriage.  He is an over-worked investor who is questioning his purpose in life while barely spending anytime with his wife or daughter.  She is an underappreciated and unfulfilled stay-at-home mom who suddenly realizes the life she once desired has somehow escaped her and now she is seeking “satisfaction” in all the wrong ways {check out the trailer}.

The issue I have with this program is the message it is portraying.  With the decline and destruction of marriages and families increasing yearly, is it really the best usage of nighttime drama to depict a marriage where the wife seeks sexual gratification by hiring a male prostitute for what she perceives is a lack of satisfaction in her marriage?  Or when the husband witnesses his wife’s betrayal, instead of choosing one of many viable options, instead confronts the escort and eventually dabbles in male prostitution himself as a ruse to see why his wife chose such a route?  How are either of these options productive or working to a resolution to preserve the marriage?

Upon witnessing his wife’s betrayal, the husband pitifully attempts to physically attack the escort, to no avail, but never once confronts his wife or brings it to her attention.  Prior to, he had a moment of clarity and experienced an epiphany that seemed to free him from his stagnant life; that revelation was quickly shattered.  What makes this a tragedy is that just when you think this marriage is about to turn around and start anew, refreshed, it quickly spirals out of control.

Marriages and relationships have problems and difficulties, but seeking satisfaction outside of the relationship, especially through the attention of the opposite sex, seldom helps.  One of the most common ailments of a marriage are complacency and lack of passion and many times than not, the slightest bit of response triggers emotions that had been dormant and ignites feelings that were forgotten.  When this is provided from an outside source, it is a recipe for destruction.

It would have been so much more beneficial to see this couple work through their problems, face them head on, seek counsel, or any of a number of options to help progress the relationship instead of continuing to tear it apart.  It is also shown how the dysfunction of the relationship is affecting their teenage daughter and ironically (have to admit it was a well-written and clever twist), that dysfunction manifests in a unsettling manner in the worst of settings.  This drama is only perpetuating that when the relationship hits troubled water, seek another shipmate or jump ship altogether.

One thing is for sure, Satisfaction plays heavily on the shortcuts some will take to satisfy their most carnal needs and their emotional wants.  It shows how one bad decision can lead to a multitude of poor decisions that can and will negatively affect numerous others.  The saddest image Satisfaction demonstrates is that there are many lonely, confused, lost, and unsatisfied married people who are looking for companionship and the idea of feeling wanted and/or an answer to why their spouse does the provide the same and what they can learn through outside interactions to fill in the gap.  How has that ever worked?  This is not conventional therapeutic, psychological, or relationship counseling, but rather unbridled adultery guised as truth seeking.  Satisfaction shows that when you are unwilling to put in the work, fight through the hard times, seek proper counseling, or face the hardest of infidelities head on, the easiest route is to hire someone for momentary relief.  If the “fix” was alcohol or drugs would they be so quick to greenlight it?  Oh yeah, the also premiered Rush about the self-medicating, drug-taking doctor.

Have you seen Satisfaction?  What do you think about the image it is portraying?  Do you think it will continue in the same direction or the characters will begin to work towards a better resolution?  Is self-satisfaction worth any price?  Leave your comment here or at facebook.com/BrotherWord or @BrotherWord with the hashtag #Satisfaction.

“If one wants another only for some self-satisfaction, usually in the form of sensual pleasure, that wrong desire takes the form of lust rather than love.” ~ Mortimer Adler