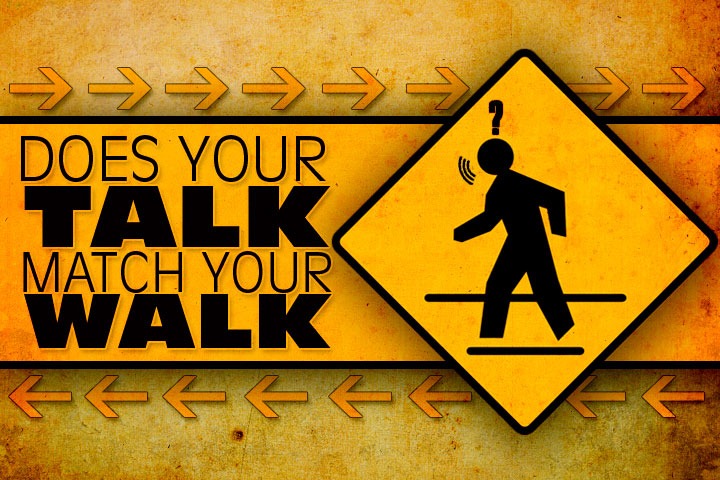 The world has been glued to their televisions, phones, and tablets monitoring the events in Ferguson, MO., and as the scenes have unfolded and continue to surface, many have stepped forward with commentary and actions.  No matter what has transpired, the blame has been placed far and wide, on both sides of the fence.  It is still amazing how facts are quickly swept under the rug for propaganda, but one artist snatched the rug away and revealed all the hidden dirt!

@Lecrae (Editor’s Note: I am a fan of the music and the man) put Hip Hop on notice when he tweeted, “Dear Hip Hop, we can’t scream “murder, misogyny, lawlessness” in our music & then turn around and ask for equality & justice.”  Talk about putting an entire genre and community on notice, but was it a misguided or apropos?  Fact is, he is dead on (pun intended)!  Hip Hop was once dubbed the “CNN of the ghetto” by legendary rapper and activist @MrChuckD because it was so much more than party songs, but it was the voice of the disadvantaged, a movement that spearheaded civil liberties and equal rights, and a catalyst for peace and humanity.  Hip Hop once stood for something greater than product placement, ringtones, popping bottles, flashy jewelry, and the baddest chic.  Hip Hop used to be the platform for change!

@IAmKRSOne, a pioneer and philosopher of the Hip Hop genre, famously stated, “If Hip Hop has the ability to corrupt young minds, it has the same ability to uplift them.  Hip Hop is a consciousness, a behavior, a way to view the world.”  The images Hip Hop routinely portrays now revolve around everything that kills, steals, and destroys – illegal drugs, violence, and womanizing.  Is this what the forefathers of Hip Hop intended?  I think not!  From the onset, rap music and the Hip Hop culture was intended to be a positive influence, motivating factor, and a rallying cry to abolish hate, negativity, and racism.  Hip Hop was always meant to be a voice of freedom and equality!  With such songs as U.N.I.T.Y. (@IAmQueenLatifah), Erase Racism (@TheRealKoolGRap, @BigDaddyKane, @BizMarkie), Fight the Power (@PublicEnemyFTP), Express Yourself (@NWA), Changes (@2pac) and Hey Young World (@IAmSlickRick), Holy Intellect (@TheRealPRT), not to mention anthems such as Self Destruction and We’re All in the Same Gang, Hip Hop strived to eliminate everything that tore the communities apart and separated the people.  Hip Hop was, and still is, a bridge to unite and build.

Somewhere along the journey, somehow, we lost our way.  The commercialization and popularity of Hip Hop began to supersede the purpose and potential.  Corporations and greed took over and what was once a sacred vessel became a cheap gimmick that has been polluted and prostituted.  Yes, Hip Hop to a certain degree, has become the very thing that is fought so long to demolish.  Hip Hop is oppressed and depressed and has regressed.  When @Nas uttered, “Hip Hop is dead,” this is exactly what he meant.  So when @Lecrae challenges the culture and questions how can you glorify lawlessness, but then scream in outrage when it happens, why is he vilified?

“Watch your thoughts; they become words. Watch your words; they become actions. Watch your actions; they become habit. Watch your habits; they become character. Watch your character; it becomes your destiny.” ~ Lao Tzu.  This is a philosophy that has transcended time, generations, leaders and speaks volumes.  From Gandhi to Martin Luther King, Jr., community activists and civic leaders have warned how our words and actions go hand-in-hand and when in a public position, a place to effect change, positively or negatively, we have to be more responsible.  One word for the right OR wrong person can build a nation or cause its catastrophic demise.  Hip Hop, what destiny are you leading your people to?

All of Hip Hop has not fallen to the waste side and there is a a new wave of MCs (@TalibKweli, @Rhymefest, @Common, @MosDefOfficial, @LupeFiasco, @JColeNC, @KendrickLamar, @Atmosphere, @EyedeaAbilities, @PharoaheMonch, @Andre3000, @JeanGreasy, @MsLaurynHill, Strange Fruit Project, and Little Brother to name a few) who are carrying the torch and putting out uplifting, mind-stimulating, and dare I say, conscious/intellectual rap.  They have continued the mantra and raised the bar set by revolutionaries such as @DeadPrez, @EricBandRakim, @SadatX and @LordJamar (Brand Nubian), @PeteRock, Afrika Bambaataa, Leaders of the New School, and Tribe Called Quest, amongst many, and despite the pressures of corporate America to dumb down the music and exaggerate and glamorize the pitfalls of life, they continue to push the envelope of righteousness, entice positive thoughts and not incite negative actions, and be a voice for the disadvantaged, well-to-do, and those in between.  We are in desperate need of more of this and if these artists are foreign to you, please do yourself a favor and listen to their music.

On July 1, 1982, GrandMaster Flash (@DJFlash4Eva) and the Furious released the single The Message, which put everyone on notice.  No longer was rap/Hip Hop just about partying and having a good time, but now it became a platform to tackle social issues and shed light on the ills of society.  With one song, Hip Hop was thrust from a passing fad to a force to be reckoned with.  30 plus years later, very few take Hip Hop as serious, and that is a travesty.  So when @Lecrae throws down the gauntlet, every MC needs to step up as if their mic skills are being tested.  Will you walk the talk or continue to be a puppet?  Will you perpetuate stereotypes or activate consciousness?  Will you stay true to the essence of the culture or simply succumb to the lure of temptation.  And please do not think I am naive to believe we do not need all facets of rap – party, street, conscious.  I listen to them all and enjoy what I like.  Nonetheless, I am very aware of what is damaging and what is helpful and I am able to discern between both, discard what I do not need, and use what is fruitful.  Unfortunately, some are not able to decipher as easily, especially those that did not grow up with Hip Hop and are new to the culture and have a limited exposure.  That is why we need those that hold the mic today to make sure the genre and all it stands for is not lost.

Speak on knowledge and self-esteem,
remember that once upon time, you too had a dream.  I
t’s time to reiterate “the message,’ speak about positivity,
let people know that despite their circumstance there’s still possibility.
Hope breeds action and builds bridges for righteousness’ sake,
so next time you pick up the mic, remember people are listening for the break.
A break from the ignorance and deception,
instead give them something to grow on, a life lesson.
To me M.C. means move the crowd, so stand up for Hip Hop and make us all proud. ~ BrotherWord