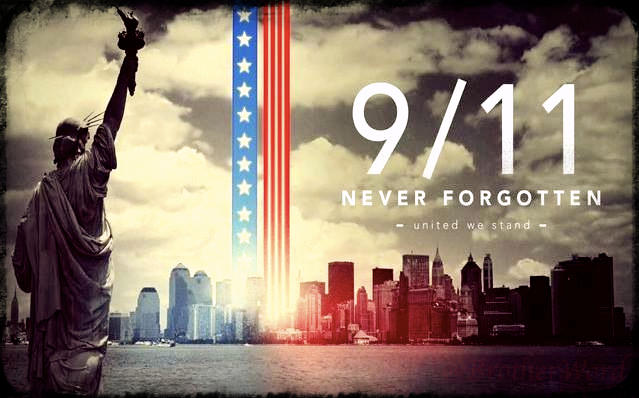 I am so THANKFUL for the courageous men and women who faced fear head on and rushed to the rescue of so many others.  Risking their own lives, countless first responders and civilians alike went to the aid of fellow Americans.  9/11 brings forth a harsh memory, one that was emblazoned in the minds of the nation and put a pin mark in history that seemingly stopped time in its tracks and knocked the entire world of its axis.  There is no one who cannot tell you exactly where they were at 8:46am EST on the dreadful morning on September 11, 2001.

Despite this monumentally horrific event, the result is something the cowardly attackers could have not planned for or imagined.  They thought they had delivered a crippling blow to the American people and the government’s infrastructure, but they could not have been more wrong.  For that, I am very THANKFUL.  Instead of succumbing to fear, everyone, including the perpetrators, witnessed the true strength, fortitude, and survival instincts of New Yorkers and the country!  What they meant for evil, God used for good!

There is not doubt that the fall of the towers, the hole in the Pentagon, and the loss of so many lives, put a damper on the American spirit and struck a chord of despair and fear in many.  But that was a momentary lapse of a weakened society.  However, weakened does not mean defeated!  I am THANKFUL that as Americans we can take a blow, even get knocked down, but we will still rise, we will defend our country with every fiber in our body until our last breath has been taken, and we will protect each other and our walls with all our might.  Walls may fall and lives taken away, but we will rebuild bigger and better.

I am THANKFUL for what came out of the rubble and what rose from the fire – hope, camaraderie, and a newly discovered vitality.  I am THANKFUL because when the dust settled, we were a stronger nation and united we still stand!

“I learned that courage was not the absence of fear, but the triumph over it. The brave man is not he who does not feel afraid, but he who conquers that fear.” ~ Nelson Mandela ~ #NeverForgetNeverSurrender