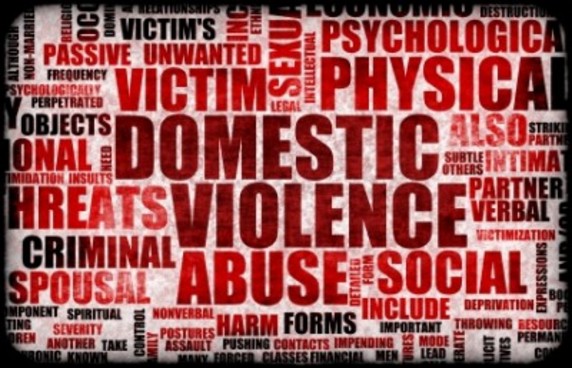 By now, everyone has seen the video of Ray Rice striking his then fiance’ Janay Palmer, knocking her unconscious.  The act was deplorable and there is no excuse or explanation and no matter what your opinion may be, I think everyone can agree it was a horrific sight to witness.  The question that I have been asked, by both men and women alike, is how could she possibly stay with him, let alone marry him?

Before I can continue, please let me explain that my ONLY purpose is to help others understand the psyche of those who are in similar situations and hopefully help anyone who may be in the same situation, come out of it.  By no means am I passing judgement or condemning.  Mrs. Rice was adamant that the matter should remain private and it should not be any concern of others.  As much as I empathize with her and her husband’s situation, and even as a strong proponent of privacy, there are some matters that should not be kept silent.  When we as a society, as families, as colleagues, and as those involved in any sort of relationship remain quiet and ignore the issue, we are only perpetuating the problem and delaying any hopes of treatment and/or resolution.

This next part is where I really need you to stay with me and hear me all the way through.  This will be controversial and disrespectful to some, but by no means is it meant to be derogatory.  Stripped to its bare bones, the psyche of an abused or battered woman is reflective to that of the family dog! Hang in there with me, you will soon understand.  The simplest analogy I can use to explain the mindset of why a woman may choose to stay with her abuser is the comparison of a pet dog.  Aside from being a pet, most owners get a dog for protection and security.  What happens when that dog is disobedient, chews on the furniture, or craps in the house?  That dog is punished, whipped, and beaten, but is still expected to protect the home.  The owner demonstrates their dominance and superiority and teaches the dog discipline and submission.  The dog is reminded who its maser is and also forms a sense of dependability.  What is missed in this exchange is that the dog becomes accepting of the punishment, it becomes routine, almost expected, and is seen as a form of love.  In no way am I calling Mrs. Rice a dog by no stretch of the imagination.  However, I am saying the same principles apply and the psyche is paralleled.

She immediately came to the defense of her husband, protecting him and their home.  She defended his integrity, livelihood, and character and in the same breath, lessened her own worth and diminished the pain physically, mentally, and emotionally she was subjected to.  If that is not equivalent to the mentality and actions of man’s best friend I don’t know what is.  As she lay there unconscious, the disdain for Ray Rice multiplied by volumes.  He recklessly picked her up only to drag her from the elevator and then flop her back on the ground.  Nonetheless, there she was at his side, defending with all her might.  I believe he is remorseful and from every indication, he has began taking steps to deal with his issues and rectify his relationship, but the image has been seared in the memories of everyone that has seen it.  The legal system afforded Rice an opportunity to participate in a pretrial diversion program, bypassing criminal charges and eventually expunging any history of this hideous event.  But how does Janay Rice expunge her memory and assure that she is no longer abused?  By not being silent!

Anyone reading this, today is the day we need to speak up.  Silence is a prelude to death, not help.  It is easy to say it is not my business or she must be okay with it because she continues to stay.  The only thing that train of thought accomplishes is continued agony and pain.  True enough, the one being battered has to come to the conclusion that it is no longer acceptable and then make a decision to remove themselves.  Where it becomes complicated is why they stay.  Many people stay because they believe they are not worth any other kind of love, they think the person will change, their self-worth and self-esteem has been shredded to pieces,  they think no one else will want them because now they are tarnished or inwardly and sometimes outwardly scarred for life, but worst, they feel they have no one to turn to or nowhere to go.  It is a feeling of isolation and loneliness that is crippling and when left with nothing, even an abusive partner seems like the best option.

As families and friends, it is imperative that we recognize the signs and even when it may seem out of line or intrusive, we have to exhibit the courage to step in and help our loved ones when they no longer have the courage and strength to help themselves.  Knowing you have someone there, somewhere to go, no judgement or ridicule, is empowering and is the first step to new beginnings.  Whatever the reason, find a way out so you can find yourself again.  Some women feel they deserve it, they are being punished for past digressions, but should your kids be subjected to such abuse?  Men, would you turn a blind eye if it was your sister or daughter?  Would anyone think it was okay if it was a mugger on the street who roughed up their victim?  So what makes it okay when he shows his love with his fists?  Janay Rice may not be a complaining or cooperating witness in any criminal matters, but she has now joined a facet of society I can imagine she never thought she would and now wishes she could escape.

Why she stayed is a private matter and a decision between her and her husband alone, but what happened, that needs to be addressed.  Hopefully someone else who may be in the same situation can use this incident and the courage, fortitude, and strength Janay Palmer Rice displayed to find their an inner strength and outward courage to better their lives and the lives of anyone who may be suffering through domestic violence.  Let’s not be silent anymore!