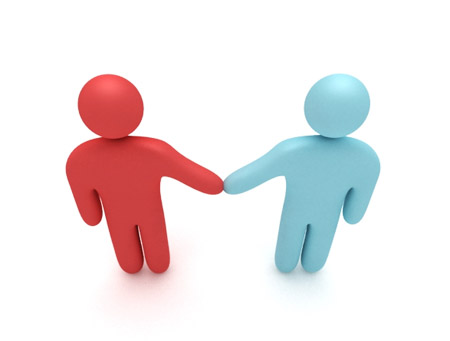 I recently came across an article that read, “When a man gets ready to settle down and become a provider, he doesn’t look for a strong, independent woman, but rather a woman who will allow him to provide for her.”  Do you think this is true and do men feel like they are in competition with a woman if she has a successful career?

We Want to Know

Greetings We Want to Know!  What a great topic and question.  It seems to be an ongoing discussion on how men perceive women in power or those with high paying positions and whether or not men can realistically handle not being the bread winner or having an “inferior” career title.  Let me say this first and foremost.  Although women’s rights and empowerment have come a long way and we find women serving in multiple areas as CEOs, heading multi-billion corporations, high-ranking government offices, and at the forefront of major organizations, any man would and should be proud to be linked with, associated with, and/or married to such a woman.

There is a huge misconception that men marry down and women marry up.  That is an ideal that at one point in time may have had some merit, but has long since been dismissed.  In today’s society, both men and women are looking for equal partners (in most cases) and even if they are not equal from the onset, they at least recognize the potential to grow and build together.  Most women are seeking a man who is established or at least has a goal in mind and working towards that goal, has an idea of where life his going and where he would like to be in the near future, shows stability, and is open to sharing his world.  Women need and want a man to be provider and protector and assure their safety and security.  Most men are looking for a woman who knows who she is and is confident in that, who is willing to lend a hand and support, who is independent enough to hold her own, yet trusting enough to allow her man to lead, and is willing an able to forge a partnership for the betterment of the couple.  If anyone, either male or female, tells you they are looking for a doormat or someone who will be subservient, run as quickly as possible!

Yes, there is some validity to the notion that a man wishes to find a mate who will allow him to provide for her, but let’s keep it in context.  Any man worth his salt will want to provide for his spouse and assure that she is taken care of in all facets of life.  That does not mean that he does not desire a strong, independent woman.  It simply means that he understands his purpose and what he was fashioned to do and it is paramount to him that she does not have to worry whether or not she will properly be taken care of.  The hiccup is that too many people equate “provide” with a dollar sign.

To provide means so much more than paying bills, buying nice gifts, or spending money.  A true provider knows that in order to sustain and nurture, one has to provide spiritual, mental, emotional, physical, and financial substance.  Each of these elements are like a well balanced diet and when any one of them are off or there is an overindulgence of one or the other, it knocks things out of whack.  To provide means to make adequate preparation so that whatever is needed is available and ready for use.  To provide for your spouse does not mean you diminish or demean her position or power, but instead you make the necessary provisions so that all her needs are met and her wants are answered.  To provide is to anticipate the need, answer the want, and expect the unexpected.  And any independent strong woman should be grateful to have such a provider.

The only person a man should be in competition with is himself.  I will be the first to admit and acknowledge that a man’s pride and ego are tools of destruction!  Pride comes before the fall and an ego trip will only lead you to a dead end.  There is no competition in a unit.  Each member is pushing the other to be their best and also giving them room to prosper and fail.  Men do get caught up in status quo and unfortunately some do fall victim to an inferiority complex, but at no time should a couple be competing against each other, especially if they are both working towards the same goals.  Does it happen?  Absolutely.  Is it fruitful?  Not at all.  Healthy competition is good, especially when it challenges and stretches, but it should never result in being combative or cause separation.  Again, any man that is secure and confident in himself (major difference between that and conceited and ego maniac) is happy to have a successful woman who is thriving in her career.  It fosters both high esteem and regard for both and lends to high functioning household that supports and encourages each other.

So We Want to Know, it really boils down to who that man is and what type of woman is he seeking.  More importantly, is he confident and comfortable enough in his own skin to be with a woman who is maximizing her opportunities and fulfilling her purpose.  And here’s another little secret… If she is a woman of substance and value, comfortable in her skin, and who understands being submissive does not mean being less than, inferior or having to be an afterthought, knows any success she obtains is a win for the unit and they both get to revel in all the splendor!