Skip to Content
Home Blog Home Is Love a Choice? 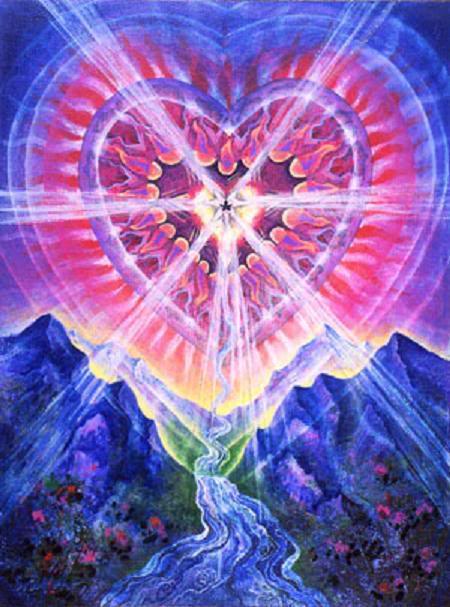 Going into Valentine’s Day, there will be a lot of advertisement and talk about relationships and love.  Most of if it will be profit-driven, but some will actually delve into the meaning of love, the shifting paradigms of relationships, and how do we sustain fulfilling and lasting bonds.  After having a few conversations this past week, it reminded me of a post I wrote years ago, so I decided to resurrect it and see what the masses think.  Let BrotherWord know what your definition of love is and how it pertains to your relationships (intimate, familial, and work-related).  Leave your comments here or on Twitter with the hashtag #LoveRequiem.  Welcome to Love Requiem Week where we are putting to rest the notion that love and relationships are dead!

Every part of life is directed by choices or decisions and are shaped by the proceeding effects. The choice to love is no different. I had an arousing and stimulating conversation with a group of people regarding whether or not love is an actual choice. The discussion was in-depth, provocative, informative, and left me wondering if my thought process was rational or relevant. Suffice to say, I had to go back to the drawing board to rethink some things.

For many, love is a overwhelming sense of euphoria that comes on suddenly, without warning, and renders its subject helplessly head over heels. But is that really love? {see “What Is Love?”}. Love is so much more than mere emotions. An emotion is simply a noun, a word used to name or describe a person, place, feeling, ideal, and is defined as follows: A mental state that arises spontaneously rather than through conscious effort and is often accompanied by physiological changes; a feeling: the emotions of joy, sorrow, reverence, hate, and love. In other words, it’s uncontrollable, without thought, and comes and goes at about the same rate and speed. The thing about nouns, emotions, are that they are stationary, uninvolved, lacking in movement. You may feel a certain way, an emotion may take you over, but what you do with that emotion, how you react to it, is the choice that makes the difference. It is at that moment when those emotions are demonstrated and expressed that love is realized.

So if an emotion is a noun, would you agree that love is a verb? A verb asserts something about the subject and expresses actions, events, or states of being. As one writer put it, “Love is always connected with what you do,” and what we do is love.” Love is what you do in spite of, because of, and regardless of. Still not following? Love encompasses all walks of life, is present in every relationship, and is multi-dimensional.

Love is what happens when you’ve worked 12 hours, multi-tasked and juggled corporate and family life, and still made it a purpose to read your children a bedtime story. Did you have to do that? Was your day not strenuous and exhausting? Would it have been not been easier to just put the kids to bed and take the rest of the evening to yourself? Despite all of that, your actions, your choice, was to spend quality time with the kids, to show love.

Love is what happens when, for no reason and no expectations of reciprocation, you randomly show kindness to a stranger, purchase a gift for a significant other, or go out of your way to show that special person how much they mean and are appreciated. It was done just because, with no pretense, ulterior motive, or waiting with bated breath for something in return. There are an endless number of things that you could have done with your time, money, and efforts for yourself, but it was love that led you to do for someone else, to choose to give unconditionally.

Love is what happens when your last, reserved nerve has been pushed to the limit and you are about to explode and act in a manner that is anything but Christina-like, but instead, you deter that emotion, swallow your pride, repress that anger, and regardless of who’s right or who’s wrong, you act with humility, respect, and gentleness as you turn to your significant other and say, “I’m sorry and I love you.” You may be completely right by anyone’s reasoning and logic, could have been mistreated, and feelings deeply hurt, but it is love that allows you to die of self and instead of lashing out and retaliating, extend an olive branch and emphasize and focus on love. Or putting it a different way, setting in motion resolutions, taking actions to rectify and build, choosing to move forward and not linger in turmoil.

Still uncertain, on the fence, indecisive? The “Summit Circle,” as I have affectionately titled the group of friends and peers mentioned earlier, proposed that love cannot be a choice as you have no control when love strikes or the magnitude in which it commandeer your life. Referencing Deborah Cox’s smash hit, “Nobody’s Supposed To Be Here,” and the lyrics “How did you get here? Nobody’s supposed to be here. I’ve tried that love thing for the last time. My heart says no, no! Nobody’s supposed to be here, but you came along and changed my mind.” It appears Ms. Cox was taken off guard, unaware, and even trying to fight the feeling, her emotions. But if you take a closer look, you will see the actions, the choices, she made in the name of love. Although nobody (love) was supposed to be there, she tried it, made a conscious effort, chose to see what love offered and although initially it didn’t work or offer the results she was seeking, it (love) came beckoning again and changed her mind. Meaning she processed (verb – choice), contemplated (verb – choice), decided (verb – choice) to give love (take actions) another chance and see where it led her. In spite of the past pain, because of the endless possibilities, and regardless of the unknown and numerous variables, she is choosing love again.

Love is the choice we make. We’ve all heard the cliché “fall in or out of love,” but what that is really saying is that I am experiencing a plethora of emotionally stimulating feelings. Or the opposite end of that spectrum is that plethora of emotions has dissipated and the luster has worn off. It is what we do in between, the actions we take, the choices we choose, that demonstrates love. Do we act on the exhilaration and exuberance of feelings, pursuing it and discovering new horizons? Do we replenish that lost feeling, rediscover what once excited and thrilled us, attempt to reestablish what once was? Either way “falling” in and of itself requires action, making a choice, and love is the outcome of that choice.

Ponder this as you think about love and action being synonymous. Love in manifested in four different ways. “Storge,” meaning affection; “Philia,” meaning friendship; “Eros,” meaning sexual or romantic; and “Agape,” meaning selfless. None of the aforementioned forms of love exists as simply a noun, because without action they are dead. Without choice they are irrelevant, if never expressed, they never form to fruition, and if never used, they are wasted. Love is the voluntary act of selecting what is preferred, the determination of the mind, grasping the power of opportunity, utilizing judgement or skill in what is desired. Love is a choice.

Remember, this isn’t just about U or just about Me, but all about We. The only way We grow is if We share, learn from, help, and support each other. Agree or disagree, it’s all about growth. Has love been your choice or a meager emotion? How can you choose to express love, pursue love, explore love? Come back soon as we’ll dig a little deeper and forge a little further. Also, be on the lookout for U, Me, and We hitting the radio waves. We’re taking it to new heights and trying to reach as many as possible.

“Love is a verb. Love is something you do: the sacrifices you make, the giving of self. If you want to study love, study those who sacrifice for others. Love – the feeling – is a fruit of love the verb.” Stephen R. Covey

Today we #Remember and #Honor the men and women wh