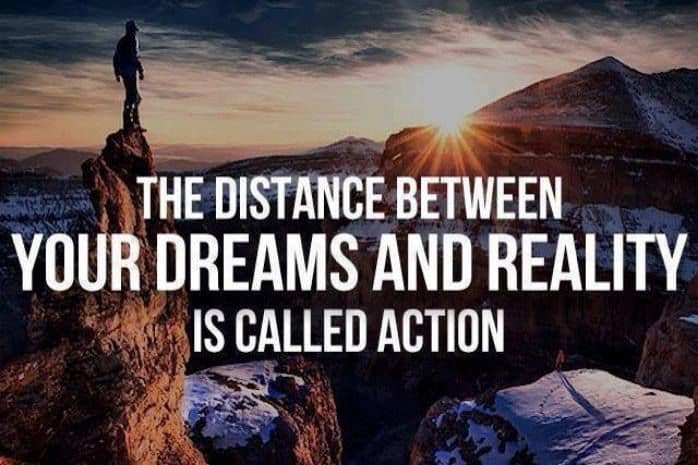 Recently, I had surgery, a surgery in which I did not fully grasp the severity of the injury, the extensiveness of the surgery, or the length of recovery. Initially, it threw me off and left me bewildered and second-guessing my rationale in having the surgery to begin with. How often have you been faced with a daunting situation and began second-guessing everything too? But I can tell you that with a change of perspective comes a newfound outlook.

It may sound unbelievable and even a little naïve, but life sometimes can be as simple as 4 basic concepts: #Acknowledge, #Accept, #Action, and #Accomplish.

Now that you have acknowledged it, ACCEPT it for what it is. You have decided to no longer ignore and now you are accepting the challenge ahead. Acceptance means to keep it confined in its own realm. Do not make more of it than necessary and do not make less of it as if it is nothing. To accept a matter is to have an honest evaluation considering all factors and properly measuring it. Once you have accepted it, you have now taken away any power or stronghold it may had over you and you have declared yourself ready to tackle it.

So you have acknowledged the issue and accepted the challenge. The next phase is to take ACTION. It will not resolve itself. Despite your willingness to acknowledge and accept, if you do nothing further, the same issue will remain. It’s action time! Once you accepted it, you waged war against the matter and in doing so, it is now time to devise a course of action to eliminate it. Action means taking a formulated plan and executing it to fruition. It also means measuring the pros and cons and putting yourself in the best position for the most favorable outcome. Action is not about running in aimlessly, head first, with no plan, wishing for a good outcome. No, action means a calculated attack that will once and for all vanquish the issue.

Finally, after action has taken plan, then comes ACCOMPLISH. Remember it began with acknowledging something was going on, followed by acceptance that something needs to be done, then action to resolve it, all with a purpose to accomplish the optimal resolution. Accomplishing the objective is both gratifying and therapeutic. It is the direct result of the aforementioned and the product of your diligence and tenacity. Accomplishments are nothing to be overlooked either. They measure growth, build perseverance, and serve as tools for when the next challenge arises. Never dismiss the accomplishments you achieve. To accomplish anything means you saw it through until the end and that is worth every applause.

Once I changed my perspective, acknowledging the surgery and everything that came with it, accepting the fact that recovery would be long and tedious, taking a course of action to follow the physical therapy and treatment directives, I began to accomplish results beyond what I could imagine or initially thought possible. Now I look forward to going to physical therapy because I can see progress, but first I have to shift my mindset. Now I take action to work toward a goal I once thought impossible or farfetched. And I already know that what will be accomplished will be greater than I expected because the hardest part was the beginning, acknowledging something needed to be done.

What in your life do you need to acknowledge? What have you yet to accept? What do you need to take action upon? What can you accomplish when you do began to apply these 4 simple steps?

“Action is the foundational key to all success.” ~ Pablo Picasso