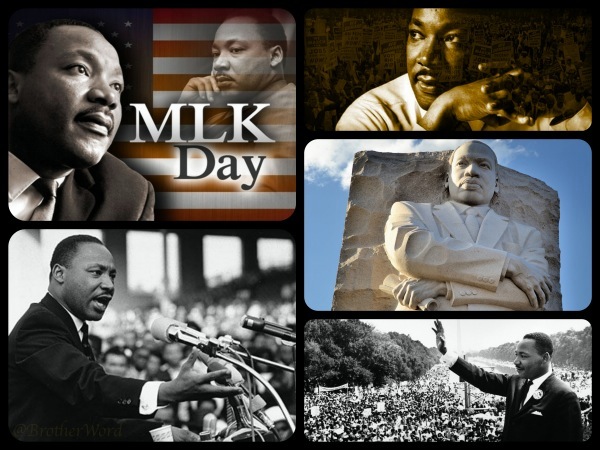 Whatever your life’s work is, do it well. A man should do his job so well that the living, the dead, and the unborn could do it no better. ~ Dr. Martin Luther King, Jr.

As the world celebrates the legacy and legend of Dr. Martin Luther King, Jr., what none of us needs to overlook is the that he walked the walk more than he talked the talk.  It is great to listen to the speeches and reminisce, but please do not get loss in the rhetoric.  Dr. King’s mission revolved around action and making strides to gaining equality and transforming the image of society.  Contrary to popular belief, he was not a pacifist, but a man who was committed to a cause and knowing it very well jeopardized his life, stayed the course to the very end.

Look at any of King’s quotes and you will see that they all centralized around one theme – taking action.  “Human progress is neither automatic nor inevitable… Every step toward the goal of justice requires sacrifice, suffering, and struggle; the tireless exertions and passionate concern of dedicated individuals.”  King’s mantra, if I could humbly surmise, was that in order for any change to take place, for equality and rights to be granted, for people of various races to unite, we ALL must be willing to do our part and carry the cause that many others started years ago.  What started with a few should be built upon and continued.

Sir Isaac Newton profoundly stated, “If I have seen further than others, it is by standing on the shoulders of giants.”  Our giants have paved the way and they stand tall to this day so that we may have an opportunity to not only pursue our dreams, but advance the works they have started.  It is time for each of us to carry the torch of righteousness, to pass the baton of progress, and march for equality and freedom.  No longer can we ride on the coattails of our predecessors or parlay the ground work they have laid.  It is beyond time for us to pick up where they left off.

Somewhere in America, injustice is happening.  Somewhere in our world, people are being massacred and slaughtered.  Somewhere in our communities, schools, places of employment, there is a divide that is breeding destruction.  The ONLY way Dr. King’s dream will ever come to fruition is if we take action!  And before anyone takes this out of context, peace and love are both forms of action.  “Life’s most persistent and urgent question is, ‘What are you doing for others?'”

Take a moment to listen to three young ladies who have decided to use their voices and words to make a difference.  Somewhere in America, change and progress are happening.